Virtual Tour of Self-Pour Breweries and Taprooms Around the U.S.

Let' s take a virtual tour through some amazing self-pour breweries and taprooms!

You’ll get some great ideas on how to start your self-pour project and learn the Do’s and Don’ts from experienced operators.

With 24 taps, Auggie’s Draft Room offers a wide selection of beer from big-name brewers to small, local ones. They also offer wines and ciders on tap and plan to expand their selection by adding cocktails and broader wine selections to better cater to their customers. Auggie’s is heavily focused on tourists because it is located in the downtown of beautiful and touristy St. Augustine. Locals don’t visit the area as much since they want to avoid tourist crowds. One of the crucial ways that Auggie’s introduces themselves to tourists is by emphasizing excellent customer service and ensuring that their beverage wall is the focal point of their business. Visitors from all over the U.S. are sometimes exposed to self-pour for the first time here. Thanks to Auggie’s attentive service and friendly staff explaining how self-pour works, their customers love it! They tend to respond with highly-valuable positive online reviews, which ultimately leads to more traffic for Auggies!

Customer satisfaction is key, and Auggie’s Draft Room is living proof that in addition to making sure that their customers leave happy, it can be very valuable to hear positive feedback online. It can then lead to more new customers coming in the door.

Built-in an old bank, The Bank prides itself on its unique style. With 68 self-pour taps, you can sip on all the local California craft beers your heart desires! Located below a large and spacious food hall, they also offer a wide variety of food from various cuisines such as Asian and Mexican, and they even offer specialty coffee. Their taproom below the food hall is pretty much inside the bank’s vault, which makes the taproom so popular and attractive. They offer a variety of wines and ciders and focus heavily on serving beers from smaller local craft breweries that their customers love. Check out this video below to see how beautiful this building is and what the hype is all about!

When you take a beautiful building and put a unique concept in there, ignite the hype with the press, and manage your online presence right, you are bound to have success. The Bank did just that, right in the middle of downtown Sacramento. They attract the attention of both tourists and locals for a variety of reasons, from their beautiful building architecture to their diverse food offerings and 68 beverages on their self-pour taps. 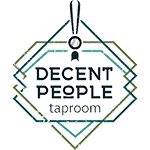 A veteran-owned, self-serve taproom located in Suffolk, Virginia, Decent People Taproom provides its guests with a variety of options. With 44 craft beers, ciders, and wine, there is something for everyone. Decent People Taproom is locally-owned, and all of the food on their seasonal menu is locally sourced. No matter what you’re in the mood for, you’re bound to find it here.

Focusing on local trends, Decent People Taproom tries to unite all delicious local craft beers and wine under one roof - offering their customers the unique opportunity to try many local beverages by the ounce to find their favorites. 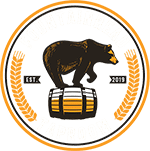 Fountainhead Taproom is located in Chattanooga, TN, and values family, good food, and good brews. The place was created by beer enthusiasts, for beer enthusiasts. They have 60 taps of beer, cider, and wine, and customers can try as many beers as they want in any amount! Fountainhead is a great place to spend time with friends and try out new beer from local breweries. The owners built this taproom around family values they grew up with, giving it a welcoming and friendly atmosphere. Fountainhead is a perfect location for those of you who want to feel a sense of community while trying delicious beers.

Fountainhead is one of the biggest PourMyBeer build-outs worldwide, and it intelligently takes advantage of the rising popularity of craft beer. More importantly, it also caters to the local market demographic while combining it with a new technology not found anywhere else in town.

Green River Taproom is located on a four-acre property on the bank of Putah Creek in Winters, CA. The taproom is owned by four friends who previously worked together and shared a similar vision. With a 25 tap, self-serve beer wall, customers can taste several different beers. Not only do they offer a wide selection of brews, but their chef creates unique food with seasonal and local ingredients. While sipping on beers and eating their amazing food, you can sit outside and enjoy live music.

Green River Brewing wanted to make sure their space was welcoming for people of all ages. What serves as a family-friendly restaurant during the week changes into a nightclub on Friday and Saturday nights. Since they have great dishes for reasonable prices, locals come here for their work lunches in groups. On weeknights, Green River functions more like a traditional bar with a laid-back vibe. Green River has specific glasses marked for certain drinks, and customers have lots of fun finding the best way to enjoy their self-pour beverages.

Tapster, the first self-serve bar in Chicago, offers a unique experience. They have 68 self-pour taps with local craft beer, kombucha, craft soda, cold brew, and fresh juice. There is truly something for everyone. Tapster also has the largest selection of self-pour cocktails in the U.S. If you’re looking for a fun environment to hang out with friends and sample drinks, this is the spot for you. They also have another location close by in Lincoln Park and a third in Seattle, WA. Check out this video to see more of their Chicago locations!

One of our favorite things about Tapster, besides their welcoming atmosphere, is the feel of the tasting room they have created. To date, they are the PourMyBeer venue with the most cocktails on their self-pour taps, which is a rising trend. We love their beverage wall setup with appropriate signage, indicating sections of different drinks. To help keep track, Tapster also has a digital board above their tap wall that uses Untappd integration to display all their drinks on offer.

Navigator Taproom was founded by two old friends, Tim & Erik, who set out to share a fun space for their community where people can hang out and try new things. Located in a trendy neighborhood in Chicago, Logan Square, this taproom has a self-pour beer wall with 48 taps. You can pour yourself beer, cider, wine, kombucha, and sake. If you’re a craft beer enthusiast who wants to taste the best local beer that Chicago has to offer, look no further. Check out this video to see Tim, one of the owners, give a testimonial!

Navigator’s owners are valuable partners to the PourMyBeer team, as they have helped to host several events and are always up for getting involved with the community. Navigator decided to focus on what they are the best at - having all the local craft beers meet under one roof (as well as some other great drinks such as wine, kombucha, and even sake!). They simplified operations by forgoing a kitchen and instead allowing customers to bring/order food. Customers love it! While waiting for the food to arrive from a restaurant, patrons stick around Navigator and sample to find their favorites. Once the food arrives, they keep drinking with their meal, so beverage sales continue to skyrocket! 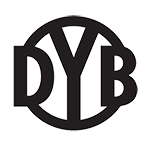 When was the last time you visited four breweries all under one roof? District Brew Yards lets you do precisely that and is an awesome taproom as well. Located in Chicago, IL, District is a craft beer lover’s paradise. With a collection of four brewers under one roof and 40 self-pour taps, you will be able to sip on delicious, high-quality, local Chicago beer. And the brewery owners benefit from the collaboration as well, as sharing resources and equipment cuts their costs down. Stop by District Brew Yards if you want to experience a unique drinking experience and a friendly atmosphere! Check out this video below to see how much fun you can have here!

Coming up with a unique concept easily attracts the attention of the press, which goes hand in hand with public curiosity to try that new local craft beer brewery. Plus, breweries are a paradise for beer lovers who want to try as many beers as they would like. But in addition to coming up with a unique venue concept like this, we also want to mention that District Brew Yards initially hired a PR firm to get the word out. If your budget allows, utilize a marketing or specialized Public Relations firm that will help you spread the right message in your market.

Born from an urban legend, Bunnyman Brewing is the first micro-brewery to hit the Fairfax/Burke area. Eric Barret, former firefighter, and Sam Gray, former project manager, met while supporting their kids at sporting events. After becoming friends and recognizing their mutual love for craft beer, they decided to open Bunnyman. So what’s the story behind this famous urban legend? Back in the 1900s, a patient escaped from a local insane asylum. He lived near the train tracks and began murdering bunnies. Then, he started dressing in a bunny suit and murdered two children, and hung their bodies near the tracks. He later became known as “The Bunnyman.” Now, Sam and Eric are brewing creative, innovative, and unique beers to draw in customers – and it’s working very well! Customers can’t get enough of their story or their beer!

Bunnyman Brewing focuses on what they know - Beer. However, Bunnyman has a large outdoor space to accommodate the crowds and even has fun and fresh food trucks that rotate every day. Customers love that the food selection rotates just like the beer selection! Bunnyman promotes their events/food truck schedule on social media, which boosts excitment and brings in even more guests! 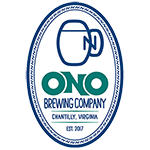 Owned and operated by a husband and wife team, Ono Brewing Company is a tropical getaway in the state of Virginia. With roots in Hawaii, the owners decided to name their brewery “Ono,” as this means “delicious” in Hawaiian. With a tasting room that has tropical decor, you will be whisked away to a warm destination upon entering. Ono Brewing Company makes their craft beer on-premises so, you will be sipping on local beer! It also happens to be Virginia’s first self-serve brewery. Make sure to stop by if you’re ever in VA and want to feel as though you’re in a tropical paradise!

Unsurprisingly, Ono’s great reviews indicate that when a business is run by beer lovers and has a family-friendly atmosphere, it is bound to do well with local beer lovers. This is the case with Ono Brewing, and that’s why customers keep coming back! Ensure your customers feel like they are returning to a family environment, and they’re bound to come back and bring their friends and family too. 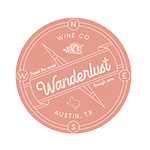 Sammy Lam, the founder of this taproom, was inspired while taking a course during a semester abroad. Wanderlust Wine Co., equipped with 56 wines on tap, allows you to travel the world through their wine offerings. Whether you like light or full-bodied wines, sparkling wines, or even sake, there is something for everyone. And it gets even better! Wanderlust Winery Co. has teamed up with The Heel of the Boot to offer their customers some true southern Italian food. Whether you want to sip on your wine outside on the beautiful patio or indulge indoors, you will enjoy the ambiance at Wanderlust Winery.

Wanderlust Wine Co. proves that wine on self-pour taps is taking off! Sammy Lam, the owner, is a huge wine enthusiast. Opening during the pandemic was a significant challenge but he did not hesitate to innovate to get his brand out there, including starting an online wine tasting class and educating Austin wine lovers about local wines. Kudos to Sammy!

Check out more PourMyBeer locations below!