James Huffman, the owner of the Pizza Factory in Reno, Nevada, wanted to open his second establishment with this popular franchise concept.

However, he knew he would like to see higher beer sales at his second Pizza Factory location. James started researching how he could achieve that. 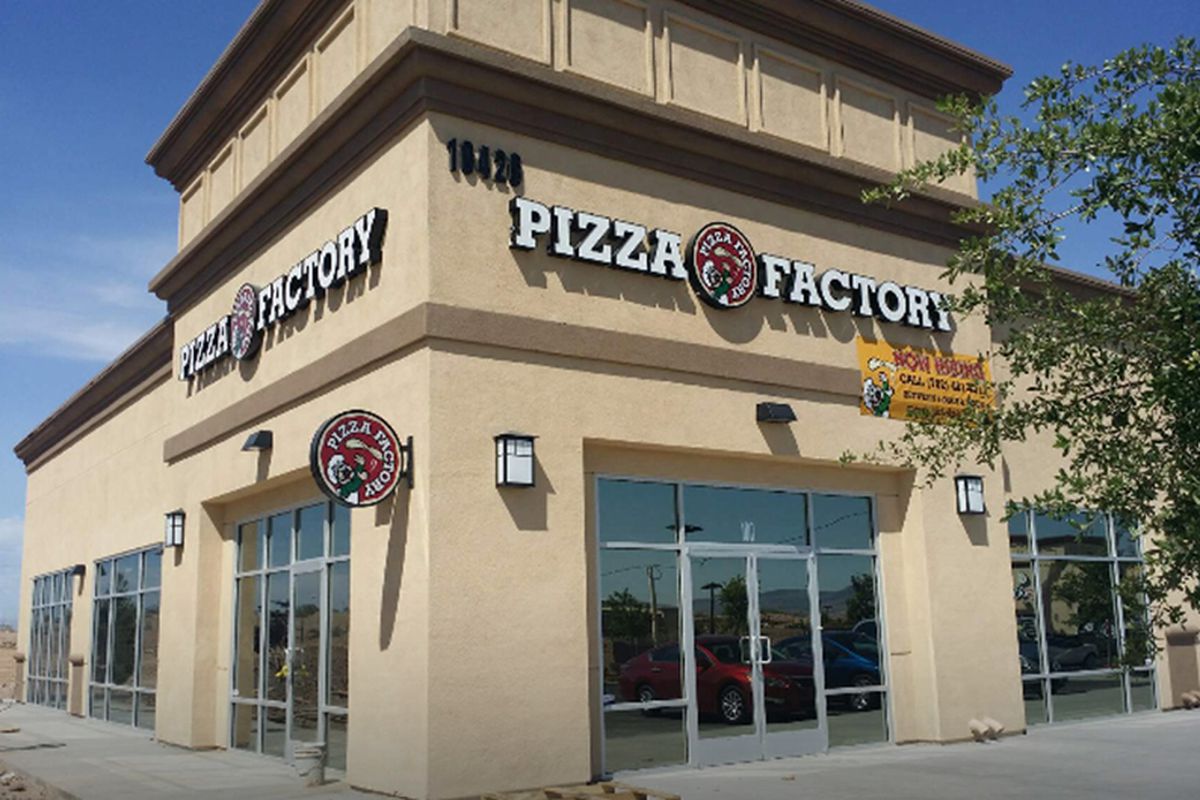 While browsing online, he came across the benefits and concept of self-pour and thought this could be just what he was looking for.

One of the biggest challenges for a regular bar is that all samples are given out for free. With self-pour technology, customers pay for every ounce poured. Not to mention, patrons tend to consume more as they have the freedom to do so without having to ask the staff. Not only does this increase beverage sales but it also adds a fun element for customers.

James realized that the sampling would surely not be the only benefit that self-pour could bring to his new pizza shop. He loved the idea of offering his customers something unique and different from other pizza shops in town. 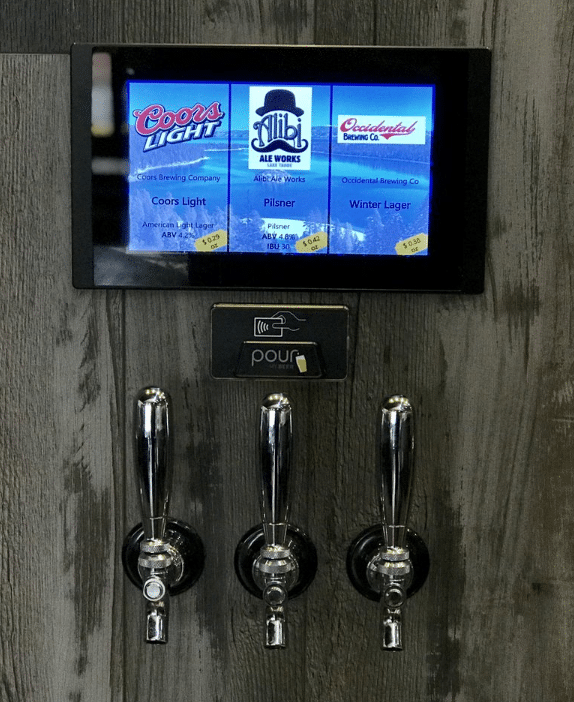 Thus, a few months after the initial research, James opened up his second location with a PourMyBeer beverage wall in it. He chose to implement four PourMyBeer touch screens with 3 taps per screen. His self-pour taps offer ten beers and two wines.

According to him, one of the biggest benefits of the beer wall is that it reduces waste by almost 99%!

When the owner of Pizza Factory compares the sale of beer at his two locations, the difference is very significant. Huffman buys about $800 to $900 worth of beer every month for both of his locations.

The self-pour system not only brings in more profit, but customers also love using the system and exploring new flavors. The owner says, “They like the ability to go up and only pour a couple of ounces of any given beer to see if they like it. They don’t have to buy a whole beer if they don’t like it – they pick something else. They only pay for the couple ounces of the beer they got.” He also added that “customers will bring their friends in to show them the system. Overwhelmingly, the response has been positive, and we’re really happy with it.” 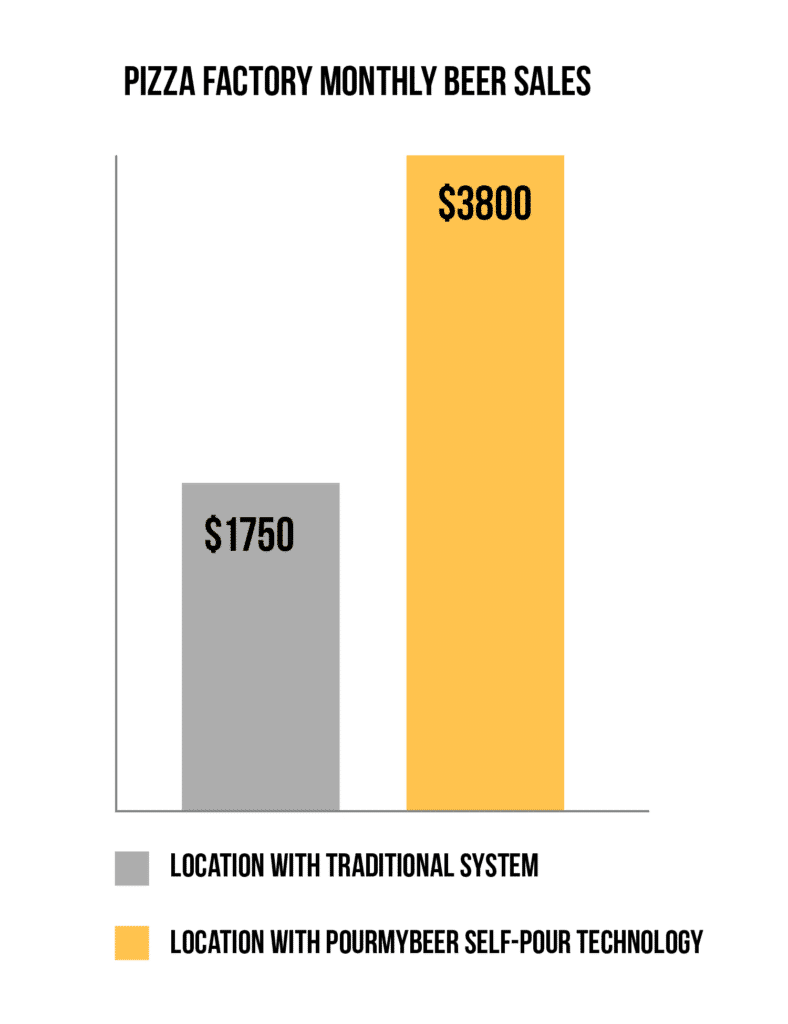 The story of Pizza Factory’s increased sales after implementing PourMyBeer’s self-serve system is just one of many successful ones.

If you would like to find out more details, check out the article Pizza Factory Sees Increased Sales With PourMyBeer at PMQ Pizza Magazine, or contact PourMyBeer at (312) 416-9989.

Questions about pricing, spacing, licensing, or anything else? We got answers! 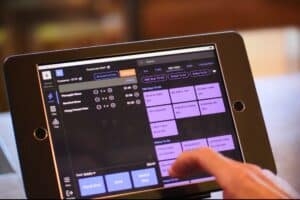 Events to Increase Foot Traffic At Your Restaurant, Bar, or Brewery 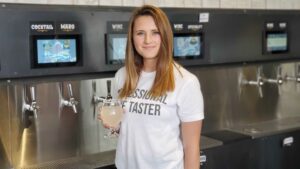 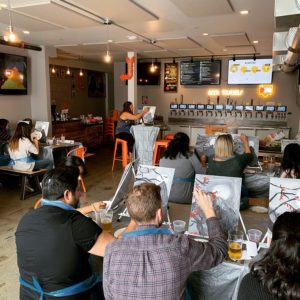 36 Bar Specials to Bring in Customers 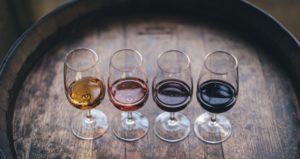 How to Increase Wine Sales 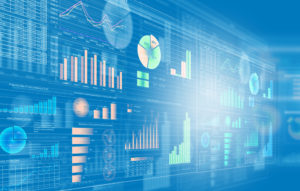